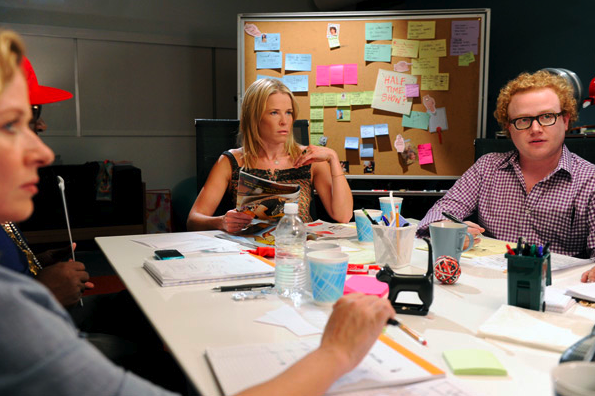 Chelsea Handler fans, we’ve got a special treat coming up!  Handler is bringing her funny stuff from her books, ‘Are You There Vodka? It’s Me, Chelsea’, ‘My Horizontal Life: A Collection of One-Night Stands’ and ‘Chelsea Chelsea Bang Bang‘ into a comedy on NBC.

The only bad part is that she’s not going to star in the show, but it’s still going to be pee your pants funny because she’ll be executive producing it.

The show will be based on a twentysomething woman named Chelsea who experiences similar family and dating issues as she does in her real life.

I am loving this idea and you can bet I will be season passing this one on my DVR.  Are you with me?