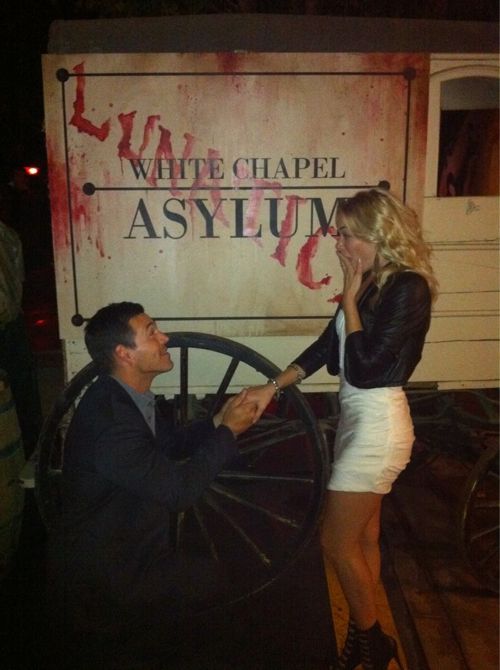 Sources are reporting that LeAnn Rimes and Eddie Cibrian are really engaged. On Halloween they pulled a “trick” in the above photo, making everyone think that they got engaged.  I think that was just to get everyone warmed up for the real deal.

Neither rep has commented on the story, so I’d say it’s legit.  These two have been in the spotlight a lot lately, attesting to the fact that they are still madly in love a year and a half after their affair began.  This is true.  They have survived a boatload of scrutiny.  You have to give that to them.  Did they start things off properly?  Nope.  Can they go back and change it all?  Nope.  But they can move forward with their lives and it would probably be nice if the rest of the world would let them.

Nick Lachey and Vanessa Minnillo Are Getting Married

Eddie and LeAnn are in love.  They could be soul mates.  They are the first or the last cheaters on the planet.  I am pretty sure you “haters” could go find yourselves some new cheaters to throw stones at.  LeAnn and Eddie have paid their dues, don’t you think?

Expect an announcement of some sort in the next couple of days, confirming the joyous news…. yes, it is joyous people.