Julien Hug Death Was a Suicide 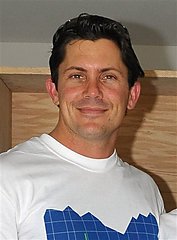 It has been confirmed that ‘Bachelorette‘ contestant, Julien Hug killed himself. This is why investigators have been saying that there was no foul play involved.

Julien Hug left his parents, girlfriend, and c0-workers suicide notes, explaining why he was about to end his life.  He died from a gunshot wound (self-inflicted.)

“In his letter to us he stated that he was suffering from acute depression and he felt it was his only way out.  While publicly outgoing he was an extremely private person who internalized everything.  We feel it is necessary at this time to address the media as we are devastated by some of the comments that are coming out.  Our son meant the world to us and this came as a complete shock.  We are beyond devastated and completely distraught. … What we saw was his thirst for life with fast cars, motorcycles and his love of skydiving.  What we see now is the immense amount of love that everyone has for him.  Anyone close to Julien is receiving an extreme outpouring of concern via text, email and messages. This is an honored tribute to what an amazing person he was and we thank everyone for their love, prayers and continued support.  To us Julien was as beautiful inside as he was outside and we wish to have him remembered in this way, a way he deserves and would appreciate, not by false comments from people outside the family. No one he has touched will ever forget him, most of all us.”

What a truly tragic story.  My heart goes out to his family, girlfriend and friends.