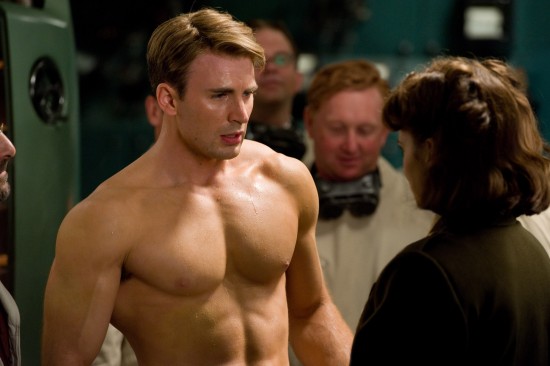 Are you ready for ‘Captain America: The First Avenger‘?  We all are!  Chris Evans, Hayley Atwell, Hugo Weaving, Sebastian Stan, Toby Jones, Samuel L. Jackson, Dominic Cooper, Tommy Lee Jones, Stanley Tucci, and Neal McDonough are all starring in this sure to be epic film.  The first images released by Marvel and Paramount are amazing.

Here’s a bit on the film if you are completely clueless (and it’s okay if you are, that’s what I’m here for.):

“Captain America: The First Avenger” will focus on the early days of the Marvel Universe when Steve Rogers volunteers to participate in an experimental program that turns him into the Super Soldier known as Captain America.

Now you can take a gander at all of the images below to satisfy your curiosity…. for now.  Up next, the trailer!