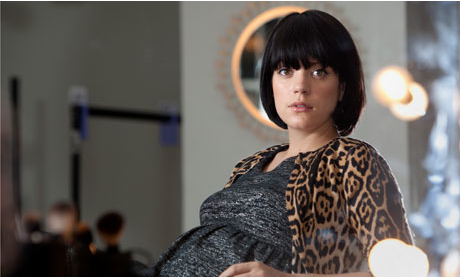 Lily Allen is facing another battle.  Just a few days ago, she lost her baby boy who she was six months pregnant with.  This was her second miscarriage.  So while she’s been mourning the death of her son, she falls ill with blood poisoning.

Lily is being treated for septicaemia, is a life-threatening condition caused by bacteria invading the bloodstream from an infection.  It can often occur after suffering a miscarriage.

Lily Allen is responding well to the treatments and has her fiancee, Sam Cooper by her side.  Her publicist says that she is recovering well.

The poor thing.  I can’t imagine going through all of this.  I feel honestly horrible for her.