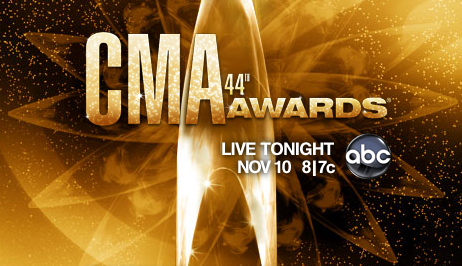 Tonight is a big night in country music.  It’s the 44th Annual CMA Awards.  They will be airing LIVE at 8 p.m. on ABC.  The show will once again be hosted by Carrie Underwood and Brad Paisley.  Miranda Lambert is the top tiered nominee.  You can check out the full list of nominations below and make your guesses as to who will be taking home the trophies.

Then check back here on Hollywood Hiccups for the winners later on tonight!

Good luck to all of the nominees!