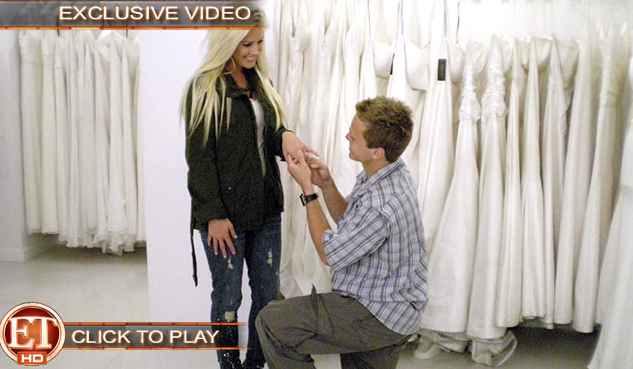 Heidi Montag and Spencer Pratt initially gained their fame on The Hills, but what they are really famous for is the train wreck that has been their lives since they decided to get married in the first place.

Speidi has been married for about a year and a half now.  They had the first wedding alone and drunk.  The second wedding was for The Hills and it was supposedly Heidi’s dream wedding, Lauren Conrad even showed up for it.  Well, that wasn’t enough.  Heidi and Spencer are going to do it again.  The struggling with life couple is planning to renew their vows.

Heidi shared her thoughts with ET,

“This is like our first marriage.  I feel like our first [wedding] was an elopement and we had so many margaritas and it was such a crazy time.  And then the second one wasn’t our wedding. It was just a Hills wedding and it was for all the people there and it was about everyone else.  We had just gone through so much crazy stuff personally and through our jobs and everything, so for me this feels like our first real marriage. Like our first restart. We deserve a second chance at our marriage and really having this moment and not being robbed of this.”

I would like to point out that Spencer and Heidi made all of those choices.  No one forced them to get drunk and married or have the big bash on MTV.  They did what they wanted.  If they want to renew their vows and have a fresh start, good for them.  I just don’t think that if were an organic, true renewal, that they’d need to announce it.  I think they’d do it privately.  Which would then be different than the last two weddings. You get my drift?