The Truth Behind the Gosselin Kids Expulsion 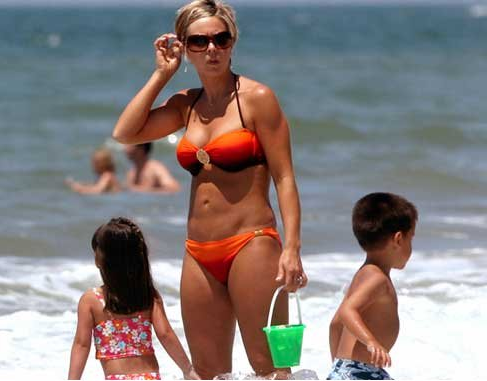 All of Kate Gosselin’s biggest “fans” have been throwing stones since the news of her children being expelled from school got out.  Two of her six year olds, Collin and Alexis Gosselin, are now being homeschooled.

There have been so many rumors as to why the kids were booted.  Rage.  Violence.  Bullying.  Naturally whoever is spreading the rumors is heartless.

Kate Gosselin is the mother of eight.  Does she have faults?  Sure.  Who doesn’t though.  Do you know how many families in this country have a child get kicked out of school for one reason or another?  Well, Kate’s odds were greatly multiplied by the number of kids she’s got.  Plus, she’s doing the single parent thing… yes, with nanny help.  It’s so not the same.

Things are not as bad as the mainstream media is making it out to be.

“The situation is being grossly overstated,” the source says. “The kids are going through a challenging time, but Kate doesn’t feel this is something that should be discussed publicly. It is a private matter.”

It is a private matter and the kids being homeschooled is not a bad thing.  Homeschooling has become very popular and works well for a lot of kids.  I wish them all the best.