John Travolta Missing the Birth of His Son 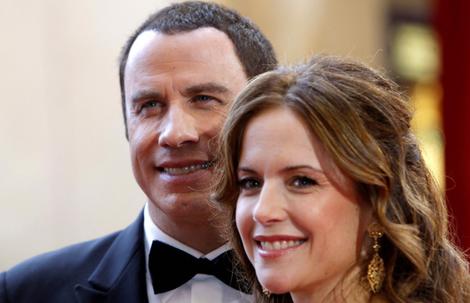 John Travolta thought it would be okay to fly 22 hours away to Australia to celebrate the 90th anniversary of Qantas airlines.  Normally that would be a fine idea.  Not so much when your wife is nearing the end of  high risk pregnancy.

Kelly Preston was due with the couple’s third child on November 23rd and guess what?  She went into labor.  Big surprise.  It’s normal and that’s why John decision to leave, vowing he’d come back if she went into labor was crap.

A 22 hour flight during a third labor means missing it.

Poor Kelly.  John is a tool and doesn’t deserve to be part of the birth of their son if he can’t put them on the top of his priority list in the first place.

Check back here for an update.  As soon as we know the baby has arrives, we will let you know!