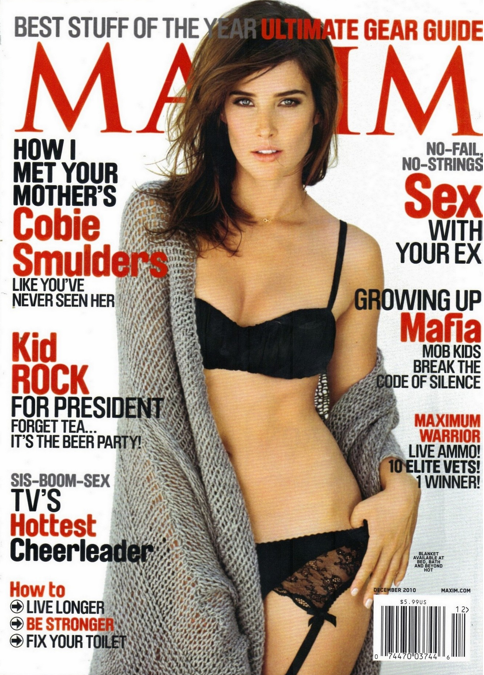 Cobie Smulders is one sexy, hot vixen for Maxim this month.  The ‘How I met Your Mother’ star is giving us a whole new side of herself that I am not sure we knew existed before this photo shoot.

Cobie totally opens up the “dirty” side of things and indulges in some comic conversation.  Here are a few excerpts:

Did you give your HIMYM costar Jason Segel any [crap] for exposing himself in Forgetting Sarah Marshall?
I was like, “Hey, that’s your choice, man. And good for you, because I would never have the balls, quite literally, to do that.” Jason is just fearless in that way.

Your character has dated all the available men on the series.
Almost. Now I’m hoping to start a lesbian relationship with Lily on the show. Alyson Hannigan is foxy!

We love your show because it has a raunchy sense of humor without being crass.
That’s due to our eight o’clock time slot. You should come to some of our table reads.

Like the recent episode about the guy who has, shall we say, some shortcomings?
Yes, and it spurs a whole conversation within the group about what to do with someone who is not endowed.

Grab a copy of Maxim and read the whole article!