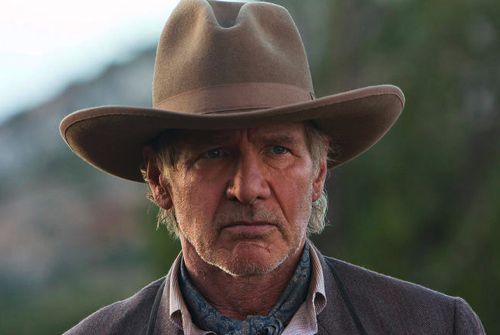 It’s about time for a new, epic Old Western movie, isn’t it?  Who better to headline than Harrison Ford and Daniel Craig?  Cowboys & Aliens is going to be huge now matter what way you look at it.  It’s that’s western feel with some alien action mixed in.

1873. Arizona Territory. A stranger (Craig) with no memory of his past stumbles into the hard desert town of Absolution. The only hint to his history is a mysterious shackle that encircles one wrist. What he discovers is that the people of Absolution don’t welcome strangers, and nobody makes a move on its streets unless ordered to do so by the iron-fisted Colonel Dolarhyde (Ford). It’s a town that lives in fear.

Cowboys & Aliens hits theaters on July 29, 2011.  For now you can check out the amazing still below.  The trailer will be posted shortly…. check back in a few: