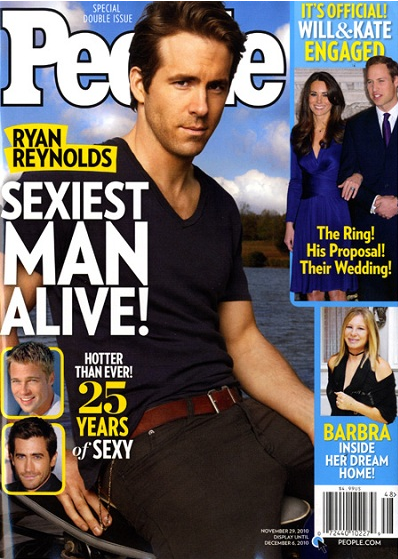 Ryan Reynolds got People Magazine’s top honors this year.  He is The Sexiest Man Alive and I can’t argue with their choice!  When you are attractive and have all the “funny stuff’ too, there is nothing hotter.

Ryan has his own reasons for being excited about the title,

“Now it’s going to be, ‘Sexiest man, take out the garbage.’ That does sound better,” Reynolds says. “The most difficult part is going to be organically working this title into a conversation with random strangers.”

That is hilarious.  Congrats to Ryan for his new role!  Scarlett is arguably one of the sexiest women alive, you two kids have some “fun” with this!