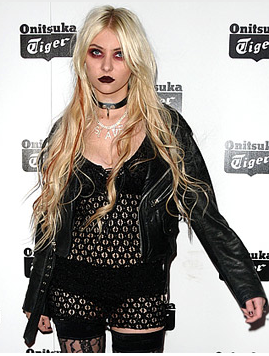 Taylor Momsen and all of her nastiness in officially on an “indefinite hiatus” from Gossip Girl according to Deadline.  No one from the studio is wiling to comment on the situation so far, but one source told Us,

“She only does [the show] for the money.  She works hard on Gossip Girl but doesn’t care about the plot or the other cast members. She treats it like a 9-5. No emotional investment.”

Well anyone could have told you that.  Taylor Momsen is off her rocker, fully obsessed with being controversial.  She doesn’t know how to be “normal” anymore.  The goth has taken over her and it looks like it’s ruining her acting career.  No one is going to want to sign her on for a project with that bad attitude.

Congrats to the CW, best choice you ever made.