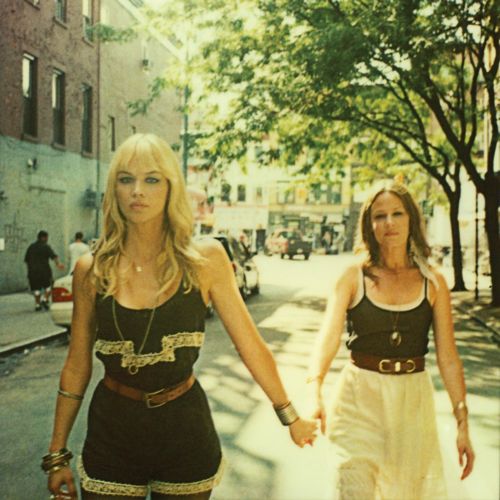 I had never hear of these lovely ladies before I got the PR release.  But wow.  I am completely impressed.  The Pierces are going places fast and I can definitely see them rising to the top, faster than you might think.

These sisters, Catherine and Allison Pierce worked with members of Coldplay, The Strokes, and Little Joy on their new album, release ‘Love You More‘ video.

You can check out their official site here.

The critics are already falling in love and you will too,

“The new songs are classy and atmospheric, a bit country, a bit Stevie Nicks, laden with blissful harmonies and a classic feel.”
-London Evening Standard

The fourth and still unnamed album from sisters Catherine and Allison Pierce boasts production credits from Coldplay bassist Guy Berryman and Grammy Award winning producer Rik Simpson, with cameos from Albert Hammond Jr (The Strokes), veteran pedal steel guitarist BJ Cole and an all star contribution on drums: Will Champion (Coldplay), Glenn Moule (Howling Bells) and Matt Romano (Little Joy). Half of the songs were recorded at Coldplay’s studio in London, and the other half at Electric Lady Studios in the girls’ current hometown of NYC. The new release is the follow-up to the critically acclaimed ‘Thirteen Tales of Love and Revenge,’ an album whose songs have been featured on television shows like Dexter and Gossip Girl. The Pierces’ song “Secret” opens each episode of the ABC Family hit, Pretty Little Liars.

The Pierces will be releasing their new album in 2011 so stay tuned for that one on Hollywood Hiccups.  For now, enjoy this stellar video, Love You More: