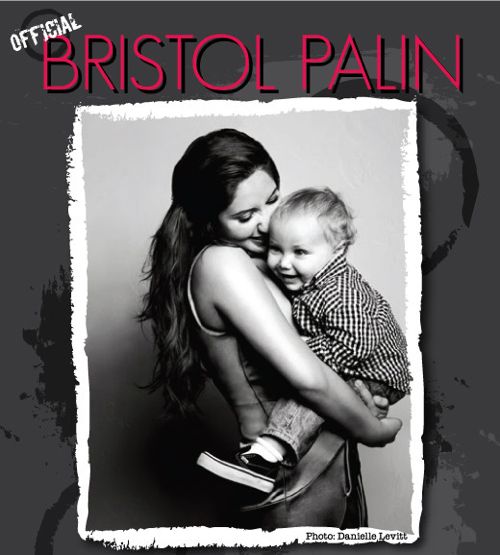 This is an unlikely cat fight.  Bristol Palin and Margaret Cho?  They both competed on Dancing With The Stars, when Cho was an early fatality.  Bristol of course made it to the finals.  So what’s with Cho coming after Bristol now?

Margaret blogged about Bristol being forced onto DWTS by her mother, Sarah Palin:

Everyone was trying to pit me against Bristol, but the truth is, we got along well. She never asked me to babysit Tripp or anything like that, but I consider her a friend. So what’s my take on her television debut? Well…

Why did Bristol do Dancing with the Stars? I heard from someone who really should know (really should seriously know the dirt really really) that the only reason Bristol was on the show was because Sarah Palin forced her to do it. Sarah supposedly blames Bristol harshly and openly (in the circles that I heard it from) for not winning the election, and so she told Bristol she “owed” it to her to do DWTS so that “America would fall in love with her again” and make it possible for Sarah Palin to run in 2012 with America behind her all the way. Instead of being supposedly “handicapped” by the presence of her teen mom daughter, now Bristol is going to be an “asset” – a celebrity beloved for her dancing. I am sure the show wasn’t in on this (but who knows anything really).

Although I don’t agree with the family’s politics at all, I really like Bristol as a person. She’s warm and incredibly supportive, and I think that she looks beautiful out on the dance floor. It’s heartbreaking that people are so awful to her about her weight. I think she looks fantastic, and why does everybody think they have a right to comment on our bodies? What are young girls going to take away from that? If people call her fat what kind of impact does that have on women who have similar body types – which is most of us??!! Still, it is a dance competition, and so I am sure that people feel they have the right to judge bodies and not just ability. That’s just wrong.

Bristol is learning. She improved a lot, in my opinion. Her tango was fierce and really the best dance she did. You really do learn to dance in this competition! I am proud of her for shaking her ass! But keep in mind there are other forces at work here and it’s not just for the love of dance.

Now I am scared I am going to wake up with a decapitated moose head in my bed.

Okay, so Margaret seems to like Bristol, BUT does she not realize that when she bashes her mother, she’s hurting Bristol?  It’s not like Bristol hates her mom and enjoys the constant rips.

So, Bristol responded to this “statement” by Cho in her Facebook page:

I met so many interesting people on Dancing With The Stars.   It was an incredible experience that I will cherish the rest of my life.  I have explained my own motivations for accepting the invitation to dance, which included the simple fact that I was ready to get out of my comfort zone and try something new and challenging.  I thought dancing would also be a great way to exercise–and it was.  I thought it would boost my confidence–and it did.  Notably absent from this calculus were political considerations.  You want to talk politics, talk to my mom. You want to talk rumba, waltz and the beautiful Spanish paso doble, I’m your girl (but if you want to talk to the expert, call Mark).

So with this in mind I was somewhat taken aback to read about me in a blog by my friend and fellow contestant, Margaret Cho.  In a post she called “Pistol Whipped” she wrote that “the only reason Bristol was on the show was because Sarah Palin forced her to do it. Sarah supposedly blames Bristol harshly and openly . . . for not winning the election,and so she told Bristol she “owed” it to her to do DWTS . . . .”  Let me shamelessly steal from Saturday Night Live: “Really, Margaret? Really?”

I will give my friend credit for creativity, and extra points for getting so many “facts” wrong in so few sentences.  Let me be blunt: my mom did not “force” me to go on DWTS.  She did not ask me either.  The show approached me.  I thought about it.  I made the decision.  After first worrying for me in terms of being exposed to those who hate us for what we believe in, both my mom and my dad became my number one supporters.  Anyone who watched the show could tell I performed better, and I felt better about myself, when they were in the audience.  I wanted to make them both proud, but politics had nothing to do with it. Loving my parents had everything to do with it.

It saddens me that people would think that my mom would “blame” me for anything that occurred in the 2008 election–much less “harshly” and “openly.” I think that canard (there, I said it again), has been floating around since then also.  I will set the record straight, though my mom already did in her bestselling book “Going Rogue”; there were a number of reasons President Obama won in 2008, but the primary reason was that the economy was starting to falter and the majority of voters thought Obama could do a better job than my mom and John McCain.  It turns out, two years later, the majority of voters were wrong, but we can talk about that another time. The point is, I seriously doubt anyone who considers herself a student of American politics truly believes I impacted even one vote in that election.

There you have it.  Why do I want to set the record straight?  Because it is this type of hurtful and false narrative that people promote to make my mom look bad.  For 20 years my mom had my back–and for the rest of my life I will have hers.

To my friend Margaret Cho, if you ever have a question, call me girlfriend.  Don’t ever rely on “sources” who claim to know me or my family.  You will be taken every time. And we need to talk.  You say you “don’t agree with the family’s politics at all” but I say, if you understood that commonsense conservative values supports the right of individuals like you, like all of us, to live our lives with less government interference and more independence, you would embrace us faster than KD Lang at an Indigo Girls concert.

P.S. If you want to baby-sit Tripp, I could use a night off.

I just with that the mainstream media would lay off Bristol.  She’s so young and does have a good life story to share with the youth of America.  It’s bad enough that she has to hear about her mother in such a negative light on a daily basis.  But can’t she have a chance at a life of her own?