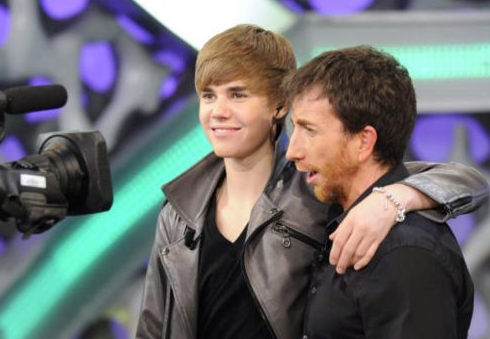 Justin Bieber quit acting like a childish diva long enough to think outside his own, little bubble.  He was scheduled to appear on a German talk show, Wetten Dass but then a stunt involving Samuel Koch went awry, and he was severely injured.  Koch was attempting to jump over a moving car while wearing shoes equipped with a suspension system.  (Not a good idea?!)

Anyhow, Bieber and the rest of the guests decided it was best not to go on with the show.  Biebs Tweeted to his German fans,

“Just want to let my people in Germany know I won’t be on Wetten Dass tonight as an accident has taken place and we all don’t think it is right to continue.  Please pray for Samuel Koch & his family as we wait and hope for his health and safety. I’m sorry we couldn’t perform tonight but some things are more important than putting on a show.”

Koch suffered several fractures and back injuries and underwent surgery.  He is now recovering and in stable condition.