Jenny McCarthy is Single Again, Back to Jim Carrey? 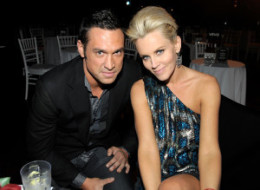 Jenny McCarthy has split from her boyfriend Jason Toohey.  They were together for four months and things seemed to be going strong.  In fact, Jason seemed to be the reason that Jenny felt she was completely over Jim Carrey.

Sources told In Touch that Jenny broke things off after the AMAs,

“He couldn’t handle her fame and the amount of attention she received, so she ended it.” a

“They are on good terms and will remain friends.”

So does this mean that Jenny and Jim could have another chance?  You know he’s got his hands full (emotionally) supporting his daughter Jane Carrey who just ended her marriage.