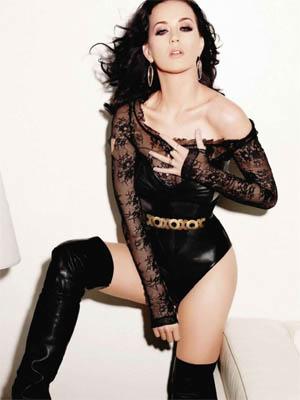 Katy Perry is the cover girl for the Maxim January 2011 issue and wow.  She looks amazing.  Katy Perry landed the number 1 spot on Maxim’s Hot 100 List.  Girl is HOT!  You can’t deny that for a second!

Here are a few excerpts form the article:

On being number one on the Hot List: “It’s a worldwide thing – the rest of the world makes it their standard. It’s on of the questions they ask me in all interviews now, even in place where Maxim doesn’t exist. I’ll go to Timbuktu, and they’ll be like, ‘You’re the No. 1 hottest,’ and I’m like, ‘Maxim said so, but thank you so much for saying so in Timbuktu.’”

On who she’d like to see take over her title: “Zoe Saldana. She is so chic and cool. And Camilla Belle I love. She is the modern-day Liz Taylor.”

On comparisons to Lady Gaga and Ke$ha: “I love what Gaga is doing, and I love what Ke$ha is doing. I’ve known Ke$ha forever. She’s actually in the “I Kissed a Girl” video.”

What do you think makes a woman sexy?
The way she presents herself and the air she has about her. You can feel her power and her confidence. Also, the way she uses her ability to communicate, her brain and personality. I think that’s really sexy because you all know the hottest woman can be the biggest bitch, and that’s not cool.

Grab a copy of the mag for the full interview!