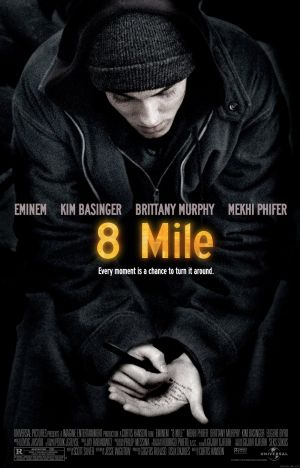 DreamWorks Pictures has picked up, Southpaw, a new film to be written by Sons of Anarchy creator/executive producer Kurt Sutter.

Eminem is going to star as

“a fast-rising welterweight boxer who brawls his way to the title, only to see his world crash down around him due to tragedy. The movie is about his fight to reclaim past glory.”

Sutter says the movie will be

“a continuation of the ‘8 Mile’ story, but rather than a literal biography, we are doing a metaphorical narrative of the second chapter of his life. He’ll play a world champion boxer who really hits a hard bottom, and has to fight to win back his life for his young daughter.”

Man, it’s been eight years since we have seen Eminem on the big screen, in 8 Mile… with Brittany Murphy.  I have a good feeling about this one.