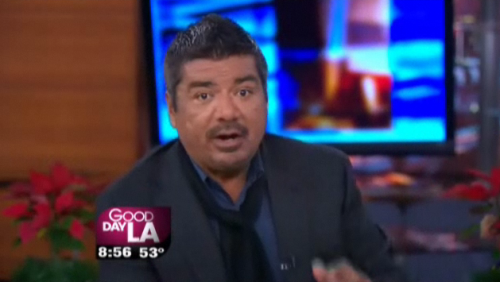 George Lopez went on Fox’s Good Day L.A. this morning and announced that he’s running for mayor of Los Angeles in eight years.

I think he’s be fabulous!  Already hugely popular, I believe that if he ran, he’d win by a landslide!  What do you think?  Would you vote for him?  Could he pull off the job?

**UPDATE** To the bitter disappointment of many George Lopez fans, only 24 hours after announcing he would run for office, he has backed out, saying he was joking.  Do you think he realized he’s got enough So. Cal fans to win?