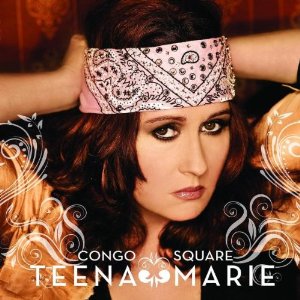 Teena Marie was found dead at her home in Pasedena yesterday by her family.  She was only 54.  Authorities say that no foul play is suspected and no drugs have been found.  It looks like she just died of natural causes in her sleep, but we won’t know for certain until the toxicology reports get back in a few weeks.

Teena suffered a grand mal seizure a month ago, but it is unclear if that had anything to do with her death.

Perhaps Teena suffered one in her sleep?  It’s just so sad.  She was so young and so talented.

[Teena Marie] was an American singer, songwriter and producer. Marie, nicknamed Lady Tee, was a protégée of funk legend Rick James, and was notable as one of the few successful white performers of R&B.

Our thoughts and prayers are with Teena’s family and friends during this time of great loss.