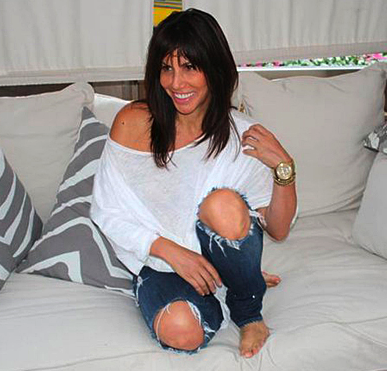 “Cindy is super-driven and focused, and isn’t weighed down by other people’s negativity.”   She is a “busy working mom,” who is a single parent to 1-year-old twin girls Zoe and Jesse.  “She definitely became close with some of the girls, like Jill.  but there are others Cindy has less in common with.”

The fourth drama filled season premieres on Bravo in the next few weeks.

Photo via In Touch