‘The Bachelor’ Brad Womack Makes His Comeback – Do I Buy It? 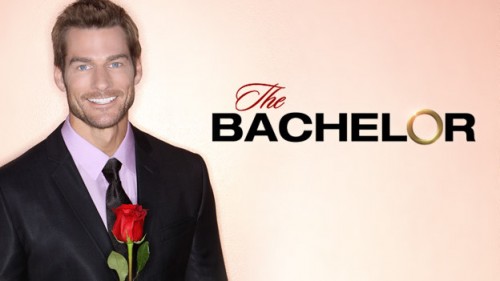 Last night was the premiere episode of the new season of The Bachelor on ABC.  Former Bachelor turned new Bachelor, Brad Womack returned for another chance to weed out the women and pick the ones he wants to take down his path to love…. hopefully this time he won’t break the final two hearts at the podium.

To kick things off, Chris Harrison put Brad on the spot, deservedly so, but having Jenni Croft and DeAnna Pappas confront him for breaking their hearts back in 2007.  Jenni was a little more gentle than DeAnna, but still, you could tell neither of them had any respect for him.

After that, Brad got to meet his 30 new women, most of which knew who he was.  A few didn’t know anything about him.  The infamous slap came from the first girl to exit the limo, Chantal…. yeah, she got a rose.  Apparently Brad is into the “rough stuff”.

One of my faves for the night was Ashley S.  She was immediately very flirty with Brad.  She even grabbed his butt when the first met!  Loved that.  Later she was very honest and open with him as a “friend” and that got him.  I knew immediately she’d get the First Impression Rose…. and she did.

Meghan sticks out in my mind for wearing Lady Gaga looking shoes.  Brad said he liked them, but I think they were ridiculous. You have to be somewhere new Gaga style to pull those off and The Bachelor is not the place for that attempt.

Raichel was the manscaper and well, to do that job, you have to be a bit scary.  Waxing men’s buttholes for a living just isn’t a good thing.  I guess someones gotta do it, but, yeah… not for Brad.  I still can’t believe she waxed his wrist.  Total turn OFF.

Crazy vampire girl, Madison freaks me out.  I don’t know what Brad sees in her, seeing as he gave her a rose at the end of the night as well.  She’s gross.  She’s got fangs.  WTH?  Am I alone here, or is this girl not right upstairs?

One of my other faves, probably my top pick at the moment is Emily.  She’s the classic Southern Belle and an all around sweetheart.  She’s got the most touching story, you can’t help but love her.  When she was 15, she met the love of her life, was engaged to him at 19, then he died in a plane crash.  Weeks later, she found out she was pregnant with his baby girl.  Now she’s alone with a beautiful daughter and works for a children’s hospital.  Um, what’s not to love there?  I hope to see Emily last till the end.

Michelle was the one wearing the exotic looking dress with the high slit that showed off all kinds of leg.  Hot.  Very, very hot.  She also has a daughter.  She seems a bit on the pretentious side, but I’ll give her a chance.  She received the second rose of the night and I am pretty sure that Brad wanted to “jump” as soon as she got out of the limo.  Ha!

It’s too early to tell if this is going to be a good season or not.  I am not a fan of Brad and I never have been.  However, I am a victim of loving the show, so I will watch and hope that he grows on me.

Here’s a look ahead at next week’s episode of The Bachelor: 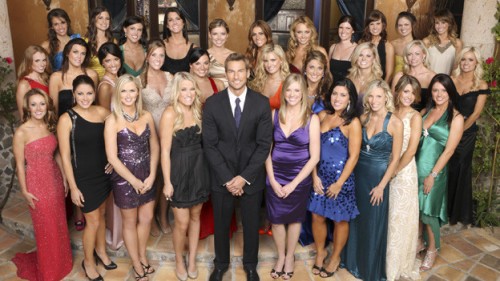