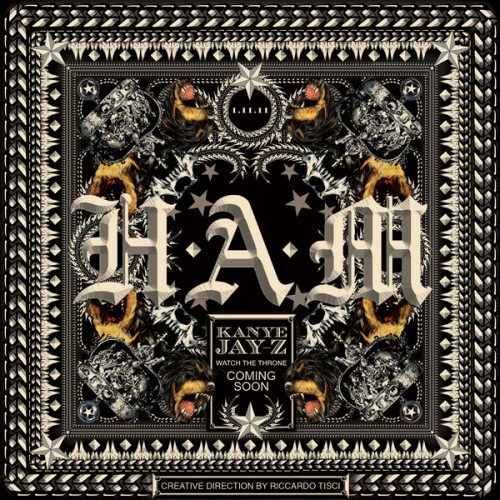 Kanye West continues to build the hype for H.A.M., the highly anticipated album he did with Jay-Z.  Today the Tweet was simply,

Along with the cover art (above.)  So what do you think?  I actually think it’s really boring and blah.  Another thing is that sources are saying that the album won’t be dropping until March.  I guess we will find out on Tuesday if that’s true or not.

Kanye West ‘Monster’ Gets Remixed By The Muppets – (NSFW VIDEO)