Maks Chmerkovskiy Is The Next Bachelor!!! 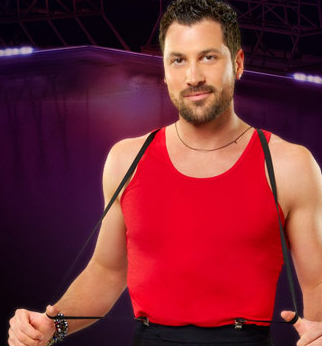 Dancing With The Stars hunk, Maks Chmerkovskiy is trading in his dancing shoes to find love on The Bachelor.  But don’t get too excited.  It’s not the American version.  This is for the Ukraine version of The Bachelor.

Maks shared the news with his fans on his site,

“This is the first thing in a VERY LONG TIME that I’m doing for ME. For the first time, I don’t really care what people think. First time that I’m not being ‘judged’, ‘placed’ or ‘criticized.  There has never been a show such as this in Ukraine, and it makes me think that a first season would be the most ‘real’ as far as participant’s perception of ‘what its all about’….I know it’s hard to find someone you can connect to on a project like this, but nothing is impossible. For the sake of the show I can’t reveal anything, but I must say I am very pleasantly surprised so far.”

Good for Maks!  He deserves a good girl.  He is frustrated with his life.  That was very evident on this most recent season of DWTS.  I hope he finds the girl of his dreams.  Could they please air it over here in the US too!?