Tom Cruise and Katie Holmes Boycotting The Oscars This Year 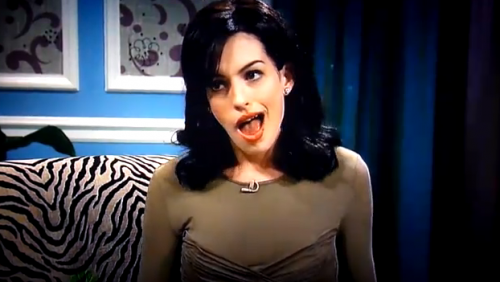 Back in November, Anne Hathaway hosted SNL and in one skit, she mocked Katie Holmes.  She nailed it.  Was it nice?  Not really.  But SNL makes their “living” out of mocking celebrities.  So why then are Tom Cruise and Katie Holmes so butt hurt over a silly skit?

Sources are saying that because of the spoof, they are skipping the Oscars this year.  Anne is co-hosting with James Franco,

“Tom and Katie don’t want to have to cross paths with Anne.  They used to be friends and took Anne to a Tina Turner concert in 2008 when Anne split up from her boyfriend Raffaello Follieri.  Katie feels they were really supportive at a difficult time so she feels let down that Anne took to national TV to make fun of her.  Anne didn’t even warn her it was going to be on TV.”

I would think that as actors, there would be an understanding.  Are you telling me that if the tables were turned, that Katie wouldn’t do a spoof of Anne?

If you missed the “controversial” skit, watch it now:

What do you think?  Is Katie justified in having her panties all in a bunch?