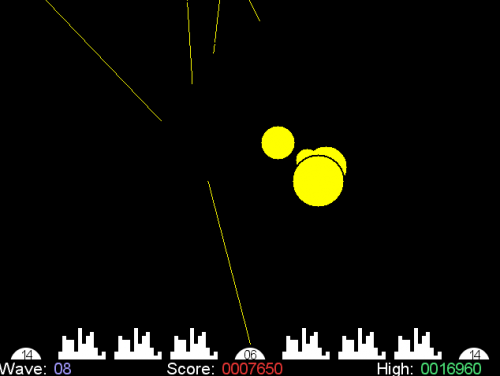 Today’s kids won’t know what the heck it is.  But all of us who grew up in the 80s are pretty stoked right about now.  Missile Command was released as an Atari game in 1980.  Now, 31 years later, it’s going to the big screen.

Peter Chernin will produce for 20th Century Fox with Burk Sharpless and Matt Sazama will dish up the screenplay.

In the game, the player protecting six cities from a variety of missile attacks with a group of defensive batteries. The original game had little additional narrative and was without an ending. The game continued going until the player lost and, as such, was unwinnable.

What do you think?  Are you pumped for this game?  Do you see it making  huge box office numbers?