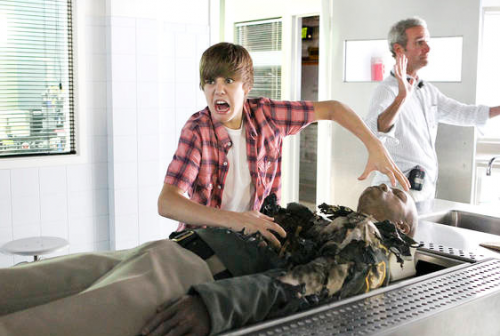 CBS has announced that Justin Bieber is returning as a guest star in CSI: Crime Scene Investigation.  He must have been really impressive last fall when he made his acting debut.  That and the ratings were huge for all the Bieber fans who had never watched the show before.

Bieber will reprise his role as a troubled teen whose brother was killed by the CSIs at the end of his previous episode.

They are currently shooting his episode called Targets of Obsession and we will see it on February 17th.

I think that this news explains that huge black eye we saw on Bieber yesterday.