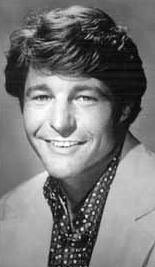 David Nelson from the classic sitcom, The Adventures of Ozzie and Harriet has died at the age of 74.  He lost his battle with colon cancer.

David and Ricky Nelson, along with their parents, appeared on the long-running sitcom The Adventures of Ozzie and Harriet in the 1950s and 1960s. During the run of the series, Nelson directed several episodes. After the series’ end, Nelson continued acting, directing and producing. Nelson’s last film appearance was in Cry-Baby (1990).

David  is survived by his wife and five children.