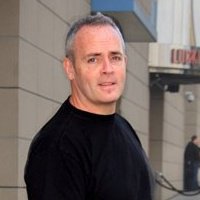 What’s with this guy anyhow?  You keep thinking Richard Hatch has finally faded away from the headlines, then he goes and breaks the law again.  Seeing him for the first season of Survivor was more than enough for me.

This is once again tax related.

The Providence Journal said that the judge found Hatch “guilty of violating the terms of his probation by not filing amended tax returns or making payments to the Internal Revenue Service. But he delayed sentencing the ‘Survivor’ reality TV star from Newport until after lawyers submit their recommendation to him.”

Hatch of course defends himself,

“The press has all been negative, but that doesn’t reflect what happened today. One of the problems all along has been understanding the complexity of this case. The judge ruled accurately that I have not amended the tax returns… but I also think he understood it is not possible for me to amend them. He suggested I should have filed a motion requesting that the original judge’s orders be amended… but I didn’t know to do that. I’ve just been doing anything and everything possible (as directed by my professional advisors) to fully cooperate with the IRS while they have spent the past 8 years attempting to assess the tax returns in question. Difficult situation… but I’m hoping this judge sees how much effort I’ve put into efforts to comply.”

I doubt he will end up back behind bars.  But really?  Could these tax issues be done already.  The IRS needs to get it sorted ASAP and let it be.