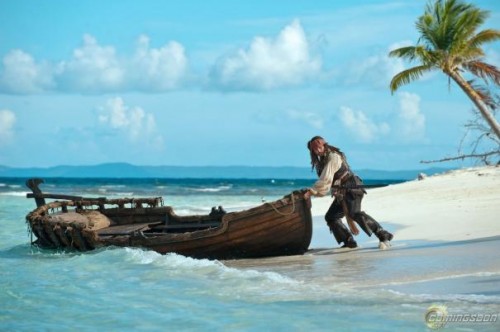 Well that was unexpected!  I was worried that the fourth installment, Pirates of the Caribbean: On Stranger Tides would never happen.  But that one is about to hit theaters in 2D, 3D, and IMAX 3D on May 20th.

These days, Depp says he would be happy to play Captain Jack again, and that there have already been discussions about a fifth movie. “As long as we can put all the puzzle pieces together, I would most definitely consider it,” he says.

I love Depp and Jack Sparrow is ridiculous… in a very good way.  Keep making the movies.  We will come.