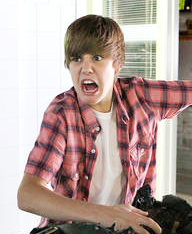 Justin Bieber was shooting scenes for CSI: Crime Scene Investigation and he was rushed to the hospital.  This is Bieber’s second guest spot on the show by the way.

Anyhow, the Biebs was taken to Providence St. Joseph’s Hospital in Burbank right at the end of the day.  A source told Life & Style,

“He was having trouble breathing due to an allergic reaction.  His doctor met him there. He stayed at the hospital about 30 minutes and was discharged.”

Justin’s rep has confirmed that,

Thank God!  Can you imagine the teen riots that would have erupted?