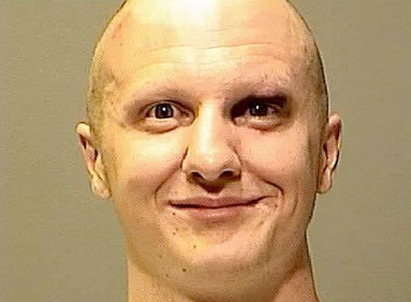 The Tucson shooter, Jared Lee Loughner had himself a deranged little photoshoot the night before he the shooting.  He posed in a G-string and held the gun at his crotch for some snaps and for others he held the weapon at his butt.

The police report says that Loughner picked up the pictures at Walgreens at 2:19 AM the morning of the shooting.  Then at 4:12 AM, he posted on his MySpace page one of those creepy photos and titled the post, ‘Goodbye Friends.”

As if we needed to hear anything further on this scumbag.  But man.  They need to throw away the key on this one.  After murdering a nine year old girl, the death penalty sounds more appropriate.

I can’t help but point out that the Walgreens employee that developed those photos and then sold them to Loughner should have noticed something was off.  I mean, that played out like a classic horror movie.