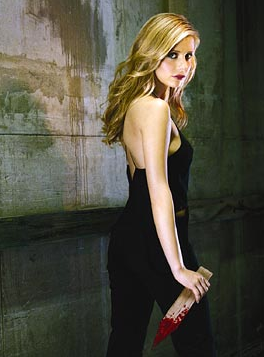 It seems like ages since we saw Sarah Michelle Gellar on Buffy the Vampire Slayer.  Well, she’s about to make a comeback on a new CBS show, Ringer.

It’s an hour-long thriller where Sarah will star as “a troubled young lass on the run from the mob. She assumes the life of her wealthy twin sister, only to find out that said sibling has a bounty on her head as well.”

No word on when the pilot will be aired, but we will definitely have to give it a try.