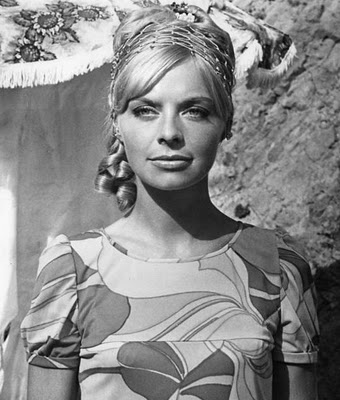 Susannah York turned 72 just one week ago.  Then yesterday, she lost her battle with advanced bone marrow cancer.

She received an Oscar nomination for her part in Sydney Pollack’s They Shoot Horses, Don’t They? and also appeared in Tunes of Glory, Tom Jones, A Man for All Seasons and Robert Altman’s Images, among dozens of other films. She also played Superman’s Kryptonian mother, Lara, in Richard Donner’s original Superman: The Movie and two of the subsequent sequels.

She leaves behind two children and two grandchildren.