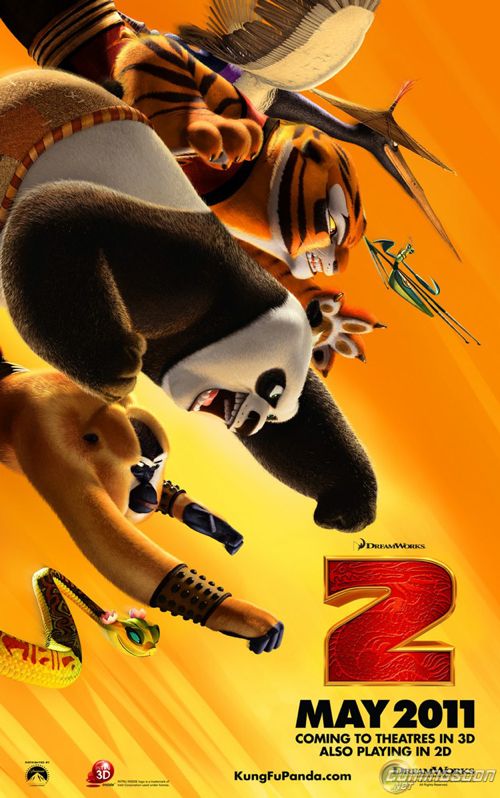 Kung Fu Panda was one of the best animated films I’d ever seen, so I have great expectations for the sequel, Kung Fu Panda 2.

Jack Black is the perfect guy for this role and I can’t wait to see what they are going to do with him this time around.

Po is now living his dream as The Dragon Warrior, protecting the Valley of Peace alongside his friends and fellow kung fu masters, The Furious Five – Tigress, Crane, Mantis, Viper and Monkey. But Po’s new life of awesomeness is threatened by the emergence of a formidable villain, who plans to use a secret, unstoppable weapon to conquer China and destroy kung fu. It is up to Po and The Furious Five to journey across China to face this threat and vanquish it. But how can Po stop a weapon that can stop kung fu? He must look to his past and uncover the secrets of his mysterious origins; only then will he be able to unlock the strength he needs to succeed.

Kung Fu Panda lands in theaters on May 27th, will you be there?