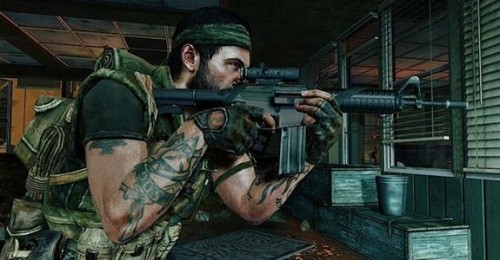 I am not a big gamer, I mostly stick to Rock Band and Guitar Hero with a little Lego Star Wars in the mix…. oh and Mario Kart. Anyhow, I thought that all of my big gamer friends would enjoy this bit of news ……

Included are “Berlin Wall,” allowing combat on both sides of the imposing wall; “Discovery,” a desolate, frozen German outpost in the Arctic; “Kowloon,” battle in the rain along the rooftops of a towering Chinese sprawl; “Stadium,” an intense locale with a pro hockey arena backdrop; and “Ascension,” where you fight zombies in a Soviet launch facility.