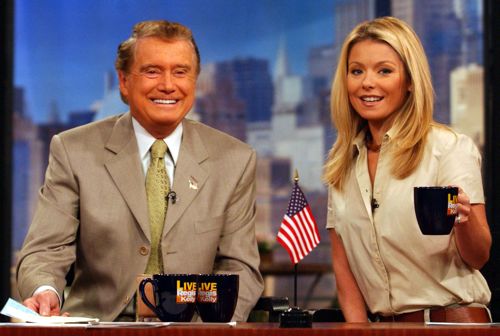 It’s been 28 years and now Regis Philbin is leaving ‘Live! With Regis and Kelly.’

This morning the almost 80-year-old announced his retirement,

“It’s been a long time, it’s been 28 years since I’ve been here. And it was the biggest thrill of my life.  Everything must come to an end for certain people on camera, especially certain old people.”

So, now the question is: who will be Regis’ replacement?  Will they go for someone young?  Drop your guesses in the box below!