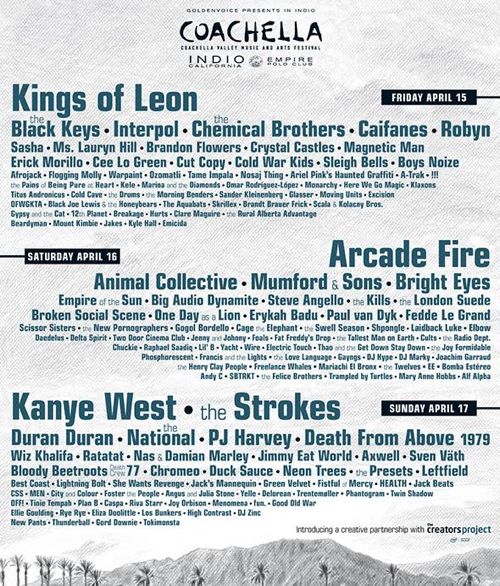 The official list of performers have been announced for Coachella 2011.  The headliners will be Kanye West, Kings of Leon and Arcade Fire.

One Day as a Lion

Do you see any of your faves?  Who else would you have liked to see?  AS you can see on the poster, there are about a million other bands playing.  You just have heard of most or all of them.  It’s going to be killer.