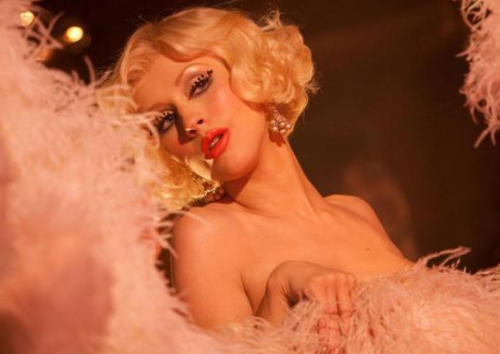 Jeremy Renner just outed Christina Aguilera and her major indiscretion that occured at Renner’s 40th birthday bash at his home on January 8th.

He was talking about it at a Golden Globes after party and if I was Christina, I’d be mortified.

She got trashed at Renner’s party (she doesn’t even know him, so why was she there?) and went and passed out in his bed!

“Someone comes and tells me she’s in my room,” he told pals at the Jan. 16 affair. “I run up and open the door and I’m like, ‘Um, hi. What are you doing?’ She just starts slurring. Her boyfriend [Matthew Rutler] was rubbing her back. Who comes to someone’s birthday party that they don’t know and gets in their bed?! My parents were there!”

OMG.  What is she thinking?  Christina likes to act like she’s fine, having moved on with her new guy before her divorce papers have even cleared.  But clearly she’s not handling it well at all.

I am truly embarrassed for her.