‘The Bachelor’ Brad Womack Is Into Evil 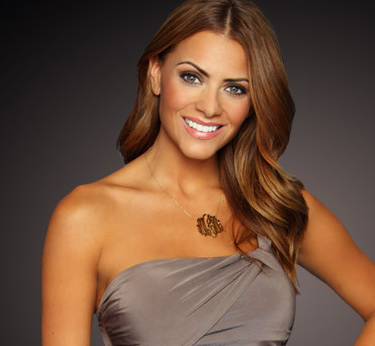 So this week’s episode of The Bachelor was kinda crazy.  I know, I am days behind.  But life is crazy, you know.  Anyhow….. Brad Womack has got issues.  He had issues the last time he was on and I think he’s still got ’em.

What kind of guy has to get help from a therapist while filming a show to “find love”…..  that is sooo not hot.

The main points this week that stuck out with the girls would be:

Michelle.  She is a crazy, evil stalker chick who Brad shouldn’t be attracted to.  But he is.  How can he not pick up on the devil in her?  Perhaps he’s into nasty girls like her…. and if that is the case, he has no business dating Emily.

‘The Bachelor’ Brad Womack Has A Criminal Record (MUGSHOT)

She’s the perfect package that he would be LUCKY to be with.  So, unless he drops Michelle soon, Emily should leave.  They are not even in the same universe.

Madison really surprised me.  I initially couldn’t stand her and those fake fangs.  I thought she was acting like a weak poser.  But you know what?  That girl showed her true colors this week and really impressed me.  She cared about Emily so much and that touching story.  So much so that she left the show for her.  That speaks very loudly.  Like Michelle would ever even think of doing something so selfless.

Anyhow.  I am not liking Brad.  I haven’t ever and he’s not growing on me.  I am just going to enjoy the rest of this season by watching the girls and their drama.  Brad has a few loose screws and I think he better get them fixed or he’s never going to have a lasting relationship.