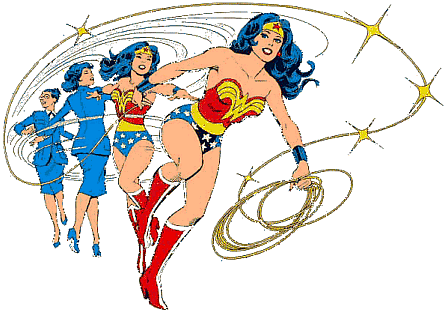 Entertainment Weekly has some good news for comic book fans.  NBC has picked up David E. Kelley’s new Wonder Woman pilot so she’s been given new life despite all the obstacles along the way.

One factor that seemed to have sunk the Wonder Woman project the first time around was the price of rebooting the series, with the studio requiring a rich license fee to bring the iconic character back to life. But then, NBC has been down this road before: It rebooted Bionic Woman. Kelley’s take incorporated the superhero’s signature lasso, cuffs, and plane in the script, and insiders said it was a serious, non-campy take on the DC Comics character.

So now the big question remains, who will Wonder Woman be?  We are talking small screen here, so give me your thoughts.  I’d love to see what you fans can come up with.