Regis Quit the Show Over Pay Cut and Kelly is MAD! 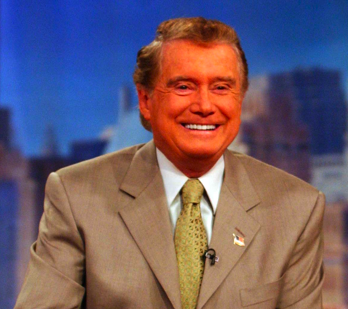 The truth has come out. Regis Philbin didn’t quit the show because he’s getting old.  He quit over a pay cut.  His current contract is about to expire and the execs told his agent, Jim Griffin that Regis’ salary would be cut when they renewed because the show’s ratings haven’t been great and he’s always taking time off.  That makes good business sense, right?

Well not to Regis.  His contract has him brining in $18-20 million a year and he wasn’t going to take any less, so he quit.  That was why he did it so abruptly and blindsided Kelly Ripa.  She was actually livid,

“She felt it showed a total lack of respect for her.”

I’d feel the same way.  In fact, the entire production team is angry at Regis and they should be.

Oh and the icing on the cake… Regis fired Jim Griffin for not negotiating his contract well.

I can think of a few choice words for Regis right about now.  Was it really necessary to go out like that?  WTH?