Will Ferrell Joining ‘The Office’ To Send Off Steve Carell – DETAILS 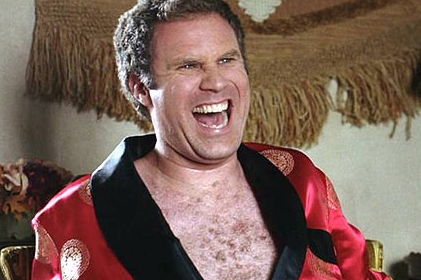 I have been pretty bummed out, knowing that Steve Carell is leaving one of my all time favorite shows, The Office.  But this news eases my pain a bit:

Comedic actor/producer/writer Will Ferrell will guest-star over an arc of episodes on NBC’s Emmy Award-winning “The Office” (Thursdays, 9-9:30 p.m. ET) as a branch manager who arrives from the home office and proves to be just as inappropriate as Michael (Golden Globe winner Steve Carell).

“We found Steve Carell when he was nothing but a movie star and we turned him into a television star,” said executive producer Paul Lieberstein. “We are proud to continue ‘The Office’s’ tradition of discovering famous talent, and we hope that once America gets a good look at Will, they’ll see what we see: tremendous raw sexuality.”

OMG.  That is too funny.  Yes, Will Ferrell makes me think of “raw sexuality” for sure!  Ha!  I love it!  How stoked are you for these episodes?

By the way, Will called in and asked to do the show.  He wants to give his pal a good send off.  Reminds me of his send off for Conan O’Brien on his last show on NBC.