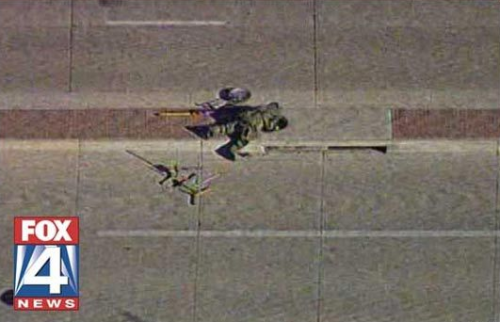 The Dallas Cowboys Stadium is being swept right now for a bomb.  The SWAT responded after officials received reports of a suspicious package in the area.  Super Bowl XLV, Steelers vs Packers is supposed to be going down there in just 9 days.

FOX 4 News in Dallas say that officials shut down a fewof the roads in the area and a member of the bomb squad was seen investigating a manhole during the sweep.

So, it turns out that the suspicious package that someone assumed was a bomb was nothing but TRASH.  OMG.  Really?  Bomb squad for a bundle of trash?

Cops didn’t want to take any chances, so they went all out.