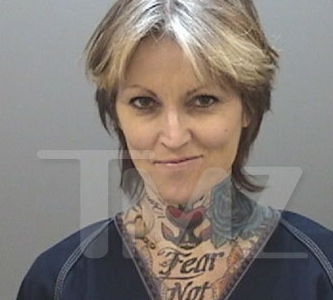 Jesse James‘ ex-wife Janine Lindemulder is a bit crazy it seems.  She was arrested down in Texas this morning.  The judge had issued a warrant after Jesse received several “abusive” voicemails.

The Hays County Sheriff’s Department made the arrest after Jesse turned over the scary messages.  They towed her truck after they took her in for booking.

Jesse said Janine places “chronic harassing telephone calls to all hours of the day and night.”

The crazy lady has left over 300 message for him since he moved down to Texas.  Yeah, that’s freaky.  I’d do the same.

The mug shot will be up shortly.