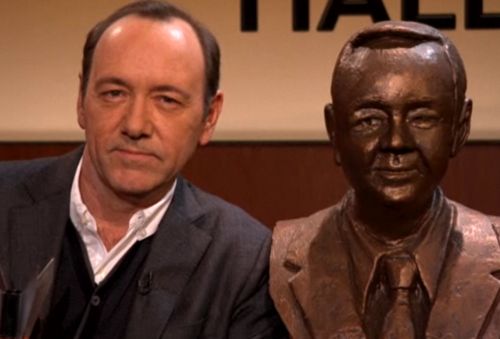 Kevin Spacey has won two Oscars and he has also received big honors on Conan for being an Oscar winner who has dropped an F-Bomb on his show. Javier Bardem is the only other one with the same honors…. Natalie Portman will soon join their rankings.

Well, this week, Kevin stopped by to pick up his trophy and he took things a bit further.  Watch:

OMG.  That was hilarious.  If you’d like to see what his blurred out shirt said, you can see the very NSFW shirt he shared here.