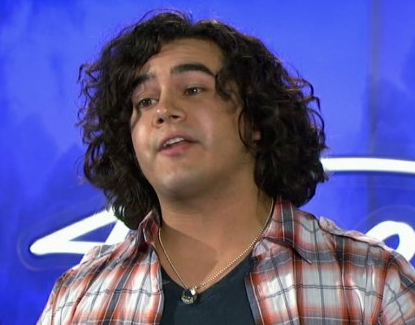 This week we saw one of the most touching stories in the history of American Idol.  Chris Medina and love for his brain damaged fiancee.  It’s making me choke up just reflecting on that episode.

Chris Medina Brings Us ALL To Tears on American Idol – Video

Anyhow, Chris sang Breakeven by The Script and they were so impressed, they talked to PopEater about it:

“We write our music from a pure and honest place and to see Chris singing ‘Breakeven’ moved us all,” singer Danny O’Donoghue tells PopEater. “The world would be a better place if more people were more like him. Too often we place our admiration on people who don’t deserve it, but in this case we have a rare individual, a selfless individual who truly puts others ahead of himself.”

“The biggest pay off for us with our music is when it finds real people like Chris Medina for him to sing it like it was his own song about something so personal.  That to me is why we make music. His story touched us so much we can only hope that we will all stand by our loved ones like him. That takes a real man. He’s already a winner to us.”

O’Donoghue adds that he’s pulling for Medina to go all the way on ‘Idol.’  “It was an honor to hear words we wrote in our darkest day sung so beautifully by this extraordinary man and I hope he makes it all the way to the final, and moves the world on his way there.”

I am with you guys!  That was a beautiful, heartfelt performance and there aren’t many guys like that in this world.  Go Chris!