Bachelorette’s Chris Lambton Has a Girlfriend! 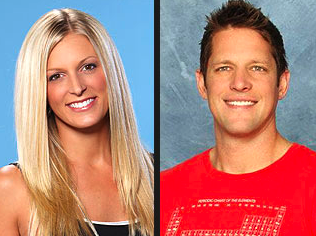 One of my most favorite guys off of The Bachelor or Bachelorette was Chris Lambton and I was so bummed when he chose not to do this season of The Bachelor, even though I completely understood why.

Well, Chris found love all by himself…. well, with a little help from the show.  At a reunion event, Chris met Peyton Wright!

“We met at another Bachelor function,” Wright says. “It’s long distance so we’re on the phone and iChatting a lot.  It’s one of those things where I’ve had a ton of serious relationships and I met this kid and he was genuine, outgoing and hilarious and we just click.”

They’ve been together since August and are doing great.  Yay!

I think they make an adorable couple…. hopefully they will go the distance!