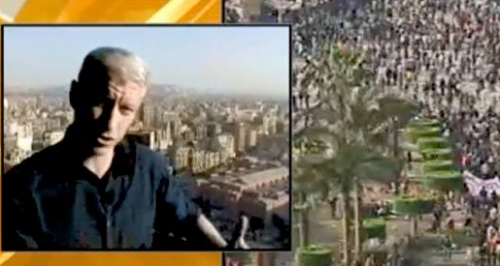 Anderson Cooper and his CNN news crew are reporting that they were punched, kicked and shoved by a violent mob of pro-Mubarek supporters in Cairo yesterday, according to TMZ

Cooper and the crew were trying to get the “money” shot in Tahrir Square by going right in the middle, between opposing sides and that’s when the were attacked by the mob.

They were angry and didn’twant to be filmed, so they tried to break the camera and started punching everyone in the head.

“The instinct is try to punch back … but in a situation like that you really can’t because that just inflames the crowd all the more … so all we could do is just try to walk as quickly as possible, stay together and seek a safe location which is where we are now.”

I know that that is what reporters do.  But isn’t it kind of ignorant to place yourself in that situation and expect a different outcome?

Check out the video HERE.